Friends Central is a collaborative encyclopedia for everything related to NBC's Friends and its spin-off Joey. The wiki format allows anyone to create or edit articles, so we can all work together to create a comprehensive database for fans. We are currently editing 1,596 articles since March 15th, 2006 and you can help!

The Friends Wiki now has a Discord Server, this is where users can all come together to chat either through text or voice, it is also where admins will have private staff meetings. Please remember that users of all ages use the server so keep the language clean. Join here 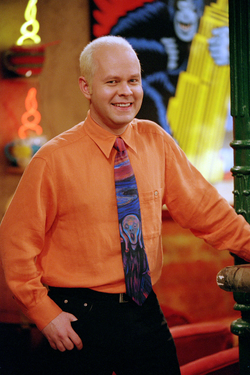 Gunther is the manager of Central Perk, where the six main characters spent a great deal of their free time. He is portrayed by James Michael Tyler. Gunther has a smoking habit in common with Chandler. He has a consistent love for Rachel. Gunther used to be an actor, having played a character called Bryce in All My Children. Being killed off by getting buried in an avalanche is how he ends up being a waiter at Central Perk.
Read more about this character! 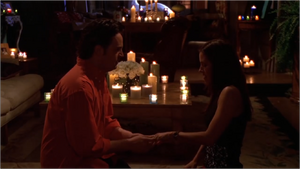 
Monica and Chandler, mostly known as Mondler, is the romantic/friendship pairing between Monica Geller and Chandler Bing. It started in the season finale episode of Season 4.

Retrieved from "https://friends.fandom.com/wiki/Friends_Wiki?oldid=82563"
Community content is available under CC-BY-SA unless otherwise noted.