New York University, most commonly known as (NYU) is a university in New York City. In real life, the university is ranked among the top 40 universities globally.

This is where Ross Geller started working from the end of "The One Where Joey Loses His Insurance" (S6E04) to the end of the show. He also dated one of his students from the university, Elizabeth Stevens and one of his colleagues, Charlie Wheeler. 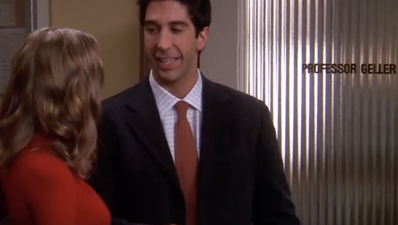 The door of Ross' office 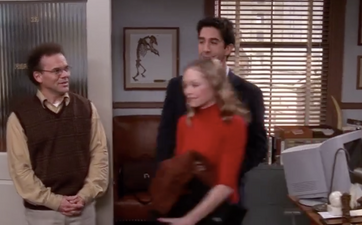 Ross and Elizabeth in Ross' office 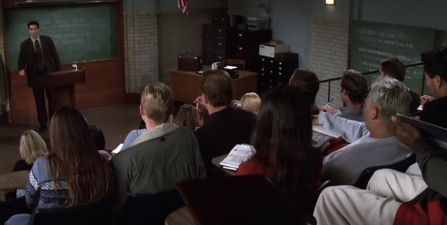 Ross giving his first lecture in NYU's lecture hall
Add a photo to this gallery
Retrieved from "https://friends.fandom.com/wiki/New_York_University?oldid=85212"
Community content is available under CC-BY-SA unless otherwise noted.