"The One At The Beach" is the twenty-fifth episode and season finale of the third season of Friends, which aired on May 15, 1997.

Phoebe finds a photo with her mother's writing and tracks down a woman in Montauk who may know where her father is. Because of this, everyone heads to the beach with Phoebe for the weekend. Ross' girlfriend Bonnie, however, has to stay behind and not go as she is working.

At the beach house the gang discovers the floor has been completely covered in sand and Phoebe casually mentions that the massage client who loaned her the house "might have said there was some flood damage." There's no source of entertainment, so the guys resort to playing "Strip Happy Days." Monica notices that Rachel is flirting with Ross—attempting to paint his nails and serving him margaritas. Rachel confirms that she is hoping they will be back together. Rachel's plans, already interrupted by Phoebe's entrance earlier, are again interrupted with the sudden, unexpected arrival of Bonnie at the beach house.

Phoebe finds her namesake, Phoebe Abbott, who according to her mother Lily's writing, is her late parent's best friend. She seems to know Frank, Phoebe's father, but is reluctant to give Phoebe any more information about him. When Phoebe breaks in Abbott's house to look for information about Frank, she wakes Abbott up. Abbott finds Phoebe's thirst for knowledge uncanny and reveals a very important secret to her - she is, in fact, her birth mother.

At the house, Chandler keeps nagging Monica into considering him to be her boyfriend; Monica, however, can't find enough "boyfriend material" in Chandler to take the offer seriously. Meanwhile, Bonnie takes advantage of the now-clear weather to have a swim but is annoyed by the sand she has in her hair. Rachel takes the chance to suggest to Bonnie to shave her head, which Bonnie does, reducing her head to a round, shiny, hairless dome. Everyone is shocked by Bonnie's new appearance, especially Ross. He asks for an explanation to this, and Bonnie reveals Rachel as to being behind the whole shave-the-head idea. Ross is angry at Rachel, but his anger dissolves into nothing when he learns that Rachel did this because she's still in love with him. The two kiss, but are interrupted by Joey and Chandler. The guys point out to him that it's his chance to get back together with Rachel; but Ross likes Bonnie too much to dismiss her in such a crude manner. Ross later finds himself standing between Rachel and Bonnie's rooms. Making his choice, the season ends with him opening one of the two doors although it is not revealed whose room he has entered. 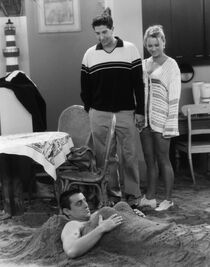 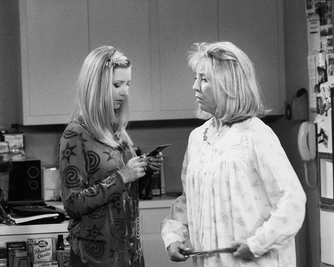 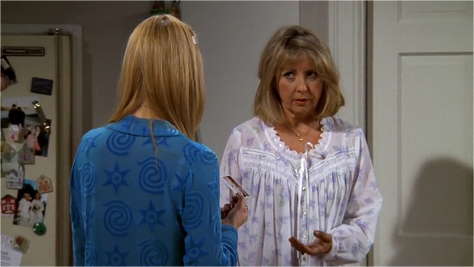 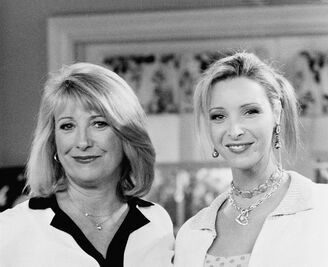 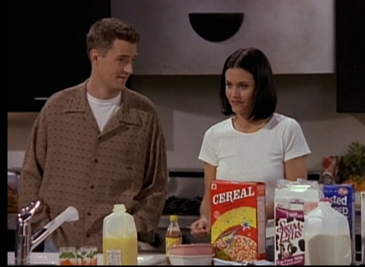 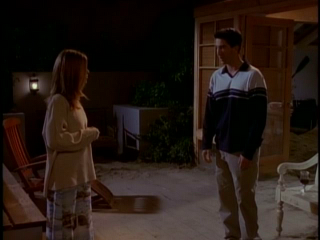 Retrieved from "https://friends.fandom.com/wiki/The_One_At_The_Beach?oldid=89428"
Community content is available under CC-BY-SA unless otherwise noted.