The One Where Chandler Crosses The Line

"The One Where Chandler Crosses The Line" is the seventh episode of the fourth season of Friends, which aired on November 13, 1997.

Fighting his feelings for Kathy isn't working out too well for Chandler, especially when he sees her naked in the bathroom once. Nevertheless, Chandler keeps his distance from Kathy out of respect for Joey, until he sees Joey getting a date with another girl. Kathy comes over at Chandler's apartment, where she's supposed to meet Joey for their date. However, Joey is stuck out with Casey, and his early date is disrupted when his car breaks down, making him too late to have time for his date with Kathy. Despite this, Kathy stays at Chandler's apartment and offers to cut his hair. As she's about to leave, Chandler kisses her. The two come to their senses, and resolve not to tell Joey about the kiss. However, Kathy can't bring herself to leave the apartment, and she and Chandler keep on kissing.

Ross helps Phoebe write part of a song, which leads to him reminiscing of when he played the keyboard. Phoebe then encourages him to play in front of her friends. His playing is not really "music" to the other friends - not so much as helicopter sounds, dog barks, creaking doors and explosions crammed together over a jazz bass progression. Everyone (minus Joey, who is not present) finds Ross' music disastrous to say the least, except for Phoebe, who thinks he's really inspired. On an offhanded suggestion by Rachel, Ross begins playing at Central Perk in Phoebe's place, driving customers away. However, Ross soon realizes that him playing is preventing Phoebe from doing the same. Thus, he steps down from playing and asks Phoebe to finish the rest of the session. However, he later tells Monica and Rachel that he had been playing badly on purpose.

Joey comes back to his apartment, only to find it locked. Chandler opens the door, and reveals a whole new set of furniture, including a new remote-controlled entertainment unit, new barcaloungers and a Foosball table. Joey can't be happier with his roommate. Chandler confesses with everyone how he kissed Kathy. He doesn't feel better when they point out to him that if he had talked to Joey earlier about this, Joey would have stepped aside for him. Chandler ends up telling Joey about the kiss. Joey is furious, and boycotts using the new furniture. Even worse, he stops talking to Chandler, effectively jeopardizing their friendship. 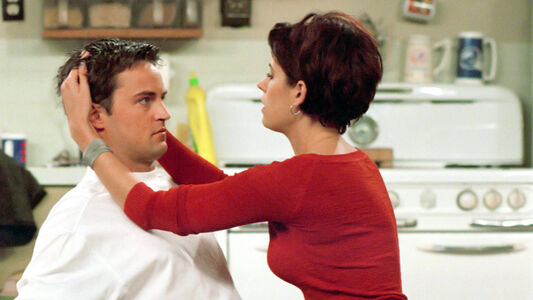 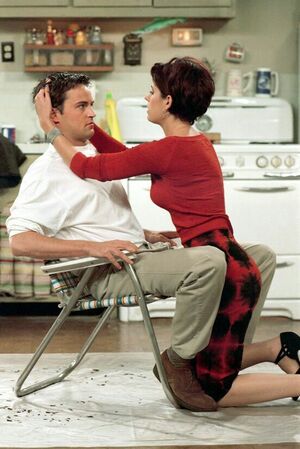 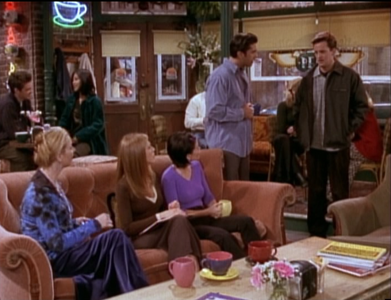 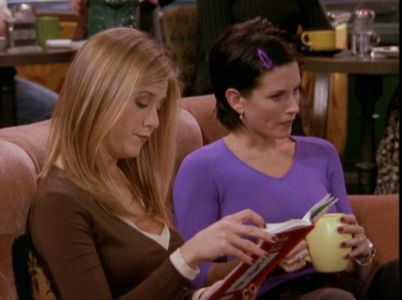 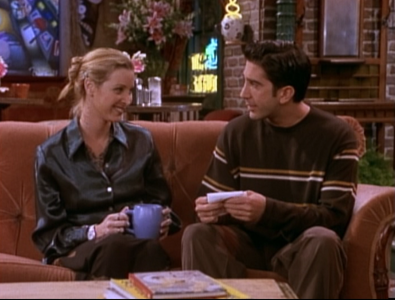 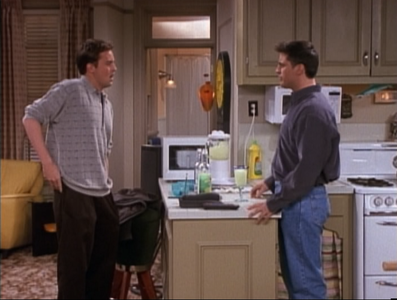