The One Where The Stripper Cries

"The One Where Chandler Gets Caught" is the tenth episode of the tenth season of Friends, which aired on January 15, 2004. It is a clip show.

When Phoebe and Rachel see Chandler having a conversation with an attractive woman outside of Central Perk, Phoebe immediately insists that Chandler is having an affair. Rachel doesn't believe it at first, but she starts to think Phoebe might be right when Phoebe calls Chandler and asks him if he wants to go see a movie with them, and he claims he's at work and will be there all day.

Later, they tell Ross and Joey that they followed Chandler and the woman to a house in Westchester, watched them go inside, and waited. And, when they came out 45 minutes later, they both looked pretty happy and glad. Now all four of the friends are convinced that Chandler is cheating on Monica. The four of them go across the hall to break the bad news to Monica, but all she asks is whether they liked the house and the neighborhood. When Chandler gets home, he and Monica admit that the woman they saw him with was their realtor, Nancy -- they've decided they want to raise their child in the suburbs, and have made an offer on the house in Westchester.

After that misunderstanding is cleared, the other Friends are shocked and upset that the couple wants to leave Manhattan, and everybody starts reminiscing about living in New York as a gang, till Nancy calls about their bid on the house. Chandler says that they won't sell below the asking price, but once the gang leaves, he tells Monica that they got the house. They celebrate and then buy gifts for their friends in Central Perk before telling them "We got the house! Enjoy!" and quickly running away to avoid their reaction. 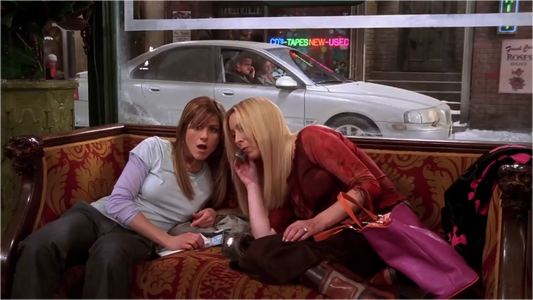 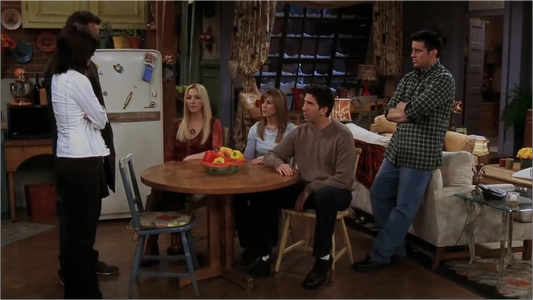 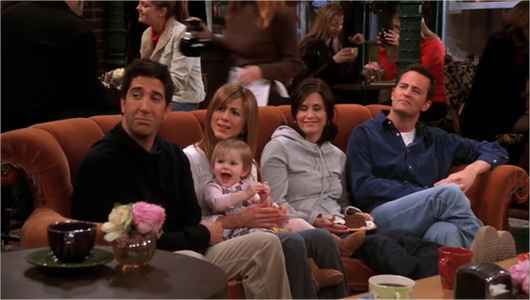