The One Where No One's Ready

The One Where No One's Ready

The One With The Princess Leia Fantasy

The One With The Jam

"The One Where No One's Ready" is the second episode of the third season of Friends, which aired on September 26, 1996. The plot centers on Ross's anxiety as his friends take too long getting ready for a function that evening.

The episode was written by Ira Ungerleider and directed by Gail Mancuso. It is one of the few bottle episodes of the series; the bulk of the episode takes place on only one set and in real time. There are no guest stars, with the exception of two brief cameos.

Ross arrives at Monica's apartment to discover Joey, Chandler and Rachel are not yet dressed for a function that evening. Joey sits on the chair Chandler was recently sitting in causing an argument between them, resulting in hummus staining Phoebe's dress. Meanwhile, Ross yells at Rachel causing her to say she will not go to the function. Chandler hides Joey's underwear, so Joey puts on all Chandler's clothes he can find. Ross is willing to go to extreme lengths to prove to Rachel that he is sorry.

Meanwhile, Monica is thrown into doubt after her ex-boyfriend Richard leaves a message on her answering machine. Her friends tell her repeatedly that it's an old message, but she obsesses over it. Monica leaves what she believes is a breezy message, which clearly isn't when she plays it for the group. However, it's followed by a message from another woman. Monica freaks out again, but then she thinks it could be Michelle, Richard's daughter. She calls Michelle to confirm, but Michelle calls back and things get a little awkward. At the end of the episode, Monica leaves a new message for Richard blaming her previous actions on her period only to accidentally set it as his outgoing message. Monica panics and thinks the solution is getting the phone company to change his number. Phoebe says "I think he'll be doing that himself after this."

The bottle episode format of the series was conceived by executive producer Kevin S. Bright as a way of saving money for other episodes by using a single set and no guest stars. The success of this episode led to the format being used often in the future, with episodes including "The One With Monica's Thunder" and "The One On The Last Night". Bright believes these episodes were some of the best of the series.

Entertainment Weekly notes that the episode "owes a large stylistic debt to Seinfeld", specifically citing the 1991 episode "The Chinese Restaurant", which also plays out in real time. It rates the episode C and calls the answering machine gag "derivative of George Costanza". The authors of Friends Like Us: The Unofficial Guide to Friends call it "forgettable"; "The script is dull and the performers seem to know it, with none of them trying particularly hard to make it work". All Movie Guide says it "stands out for the way it realistically portrays how group inertia can slow you down".

Popular reaction is more positive; the episode appeared on one of the first region 1 "best of" DVD releases and it was voted the third most popular episode in an NBC poll in 2004. Joey's use of the phrase "going commando," which originated in the U.S. on college campuses in the early 1970s, became a popular catchphrase, especially with sports-related media. This episode is therefore an example of the continuing trend over all ten seasons of Friends which would see audiences reacting very differently to certain episodes than critics. 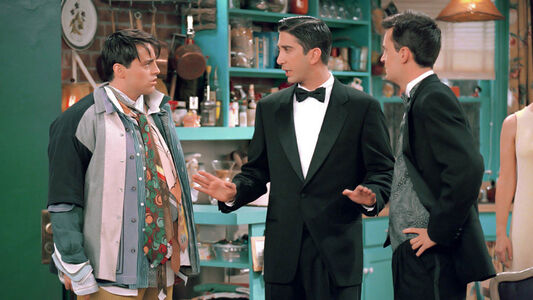 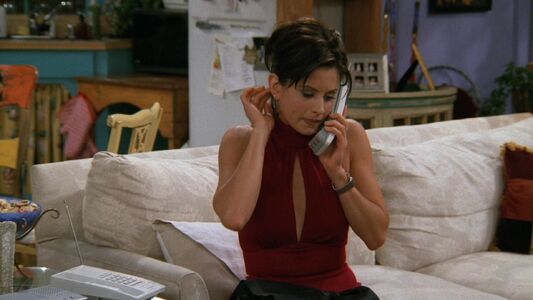 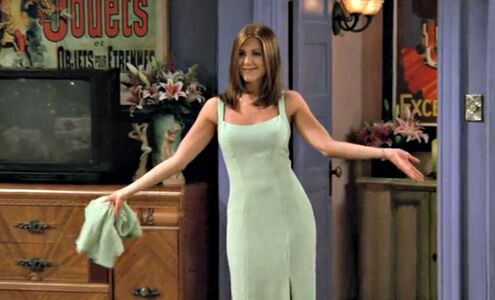 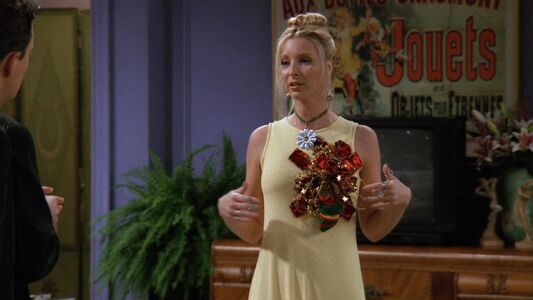 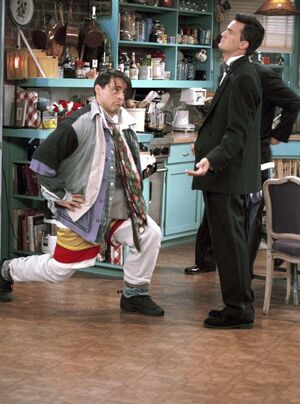 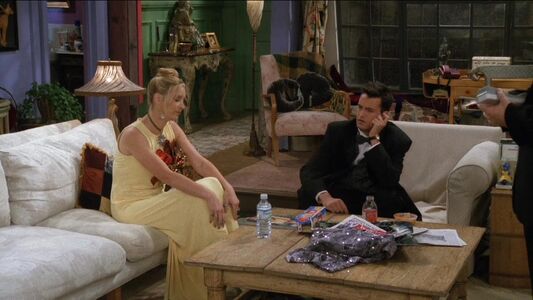 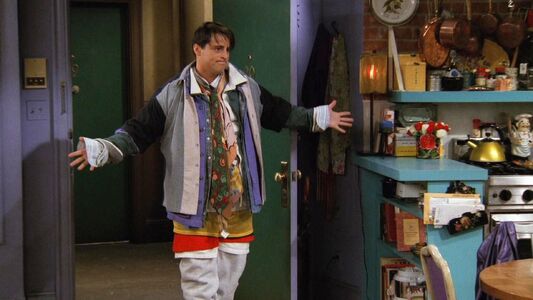 "Hey, I'm Chandler, could I BE wearing any more clothes?"