The One Where No One Proposes

The One Where No One Proposes

The One Where Rachel Has A Baby, Part 2

The One Where Emma Cries

"The One Where No One Proposes" is the season nine premiere of Friends, which aired on September 26, 2002.

Joey isn't sure what to do about the misunderstanding with Rachel that he proposed to her. He really wants to clear it up before Ross finds out to avoid a fight, but he did like that Rachel said yes to him. Meanwhile, Ross wants to talk to Rachel about starting dating again, but he is, just like Joey, interrupted every time they want to talk about Rachel. Rachel tells Phoebe that she got engaged, but Phoebe thinks that she's engaged with Ross and welcomes it. Monica is more critical and Rachel realizes that she doesn't want to marry Joey at all. When she's finally ready to tell him the truth, she has to breastfeed Emma, which scares Joey and he runs away. Phoebe, still thinking that Ross and Rachel got engaged, wants to congratulate Ross on the engagement, and miraculously manages to convince Ross that he has proposed to Rachel.

Chandler and Monica try to conceive their own baby again, but Jack discovers them and starts peeking, much to the abomination of Monica. Monica and Chandler are very ashamed, but they decide to just walk out and tell Jack the truth, but that leads to other problems: he thinks they are doing it wrong and goes all over the hospital to get them folders on how to conceive a child, telling them some things they don't want to know in the process.

When Rachel, Ross and Joey finally clear things up, Rachel realizes that it was all her mistake and that Joey didn't propose to her at all. When she and Ross finally speak on starting dating again, they both think it's a good idea; however Ross remembers that Rachel was not only wearing the engagement ring but Phoebe thought they were engaged and works out that Rachel said yes to Joey when she thought he was proposing. Rachel is left realizing what a huge mistake she made. 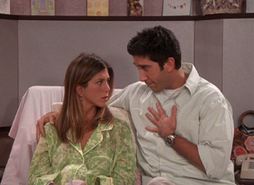 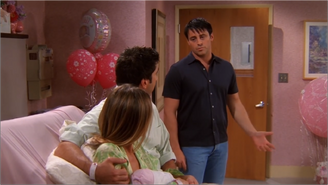 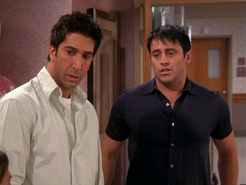 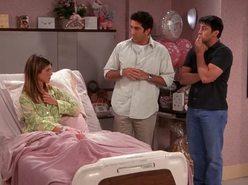