Friends Central
Register
Don't have an account?
Sign In
Advertisement
in: Friends Episodes, Episodes with Chandler's name in the title, Season 4,
and 4 more

The One Where Chandler Crosses The Line

"The One With Chandler In A Box" is the eighth episode of the fourth season of Friends, which aired on NBC November 20, 1997. It serves as the annual Thanksgiving episode of the season.

This episode is the Thanksgiving episode of season 4.

Joey refuses to forgive Chandler for kissing Kathy, despite all of Chandler's pleas for forgiveness. Joey tells Ross he has sentenced Chandler to five years silent treatment, but Ross talks him into hearing Chandler out. However, just as Joey is about to talk to Chandler, he sees Kathy and Chandler kissing, and he decides to go looking for another apartment. Chandler is willing to do anything to get Joey to stay, so Joey decides that Chandler has to spend six hours in a box, the equivalent amount of time Joey spent locked in the entertainment center when the robber locked him in. Chandler doesn't take the punishment seriously, though, and makes a number of jokes while locked in the box. Joey is upset by Chandler's attitude and tells him this, resulting in Chandler changing. Kathy shows up at the apartment and breaks up with Chandler while he is still locked in the box, not wanting to be the woman who comes between two best friends. This time, though, Chandler holds his silence thus proving to Joey how much he means to him and that he is very sorry. Joey is touched by Chandler's effort and forgives him and tells him to go get Kathy. The friends watch as Chandler succeeds in winning Kathy back, but not before seeing another woman getting her purse stolen.

Monica is getting virtually no help with the Thanksgiving dinner preparation. When she goes into the freezer, she chips at some ice that unfortunately hits her in the eye. However, she is reluctant to go to her ophthalmologist due to the fact he is her ex-boyfriend Richard. When she finds out Richard is out of town and there is an on-call doctor taking his place, she becomes willing to go. It turns out the on-call doctor is Richard's son Timothy, who happens to be very handsome and has just broken up with his girlfriend. Monica, now wearing an eye-patch, invites Timothy for Thanksgiving. The others try to tell Monica how weird it is that she's trying to date her ex-boyfriend's son, but she refuses to listen. At dinner the two of them get along great, until they kiss and it reminds her too much of Richard, disgusting both of them.

Rachel's habit of exchanging gifts arises again when Ross asks Rachel about the gold necklace he got but she shows him a silver one instead. Ross makes a fuss about it at dinner, causing Rachel to leave the table. She later returns to show Ross a box of random things she saved when they were dating. Ross is touched by this, but points out that one of the things is a million-years-old antique from the museum she wasn't supposed to take.

Ross: Hey you know Mon, if things work out between you and Richard's son, you'll be able to tell your kids that you slept with their grandfather.
Monica: Fine, judge all you want to, but [to Ross] married a lesbian, [to Rachel] left a man at the altar, [to Phoebe] fell in love with a gay ice dancer, [to Joey] threw a girl's wooden leg in the fire, [to Chandler] live in a box!

Phoebe: Yeah, but Monica, do you actually want to be in a relationship where you can actually use the phrase, "That's not how your dad used to do it"? 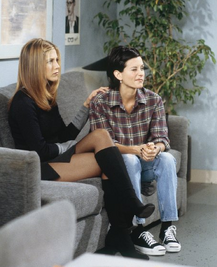 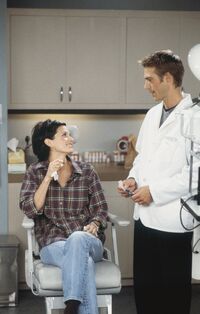 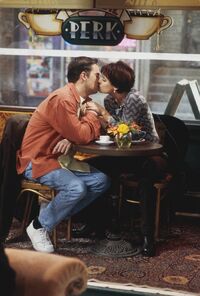 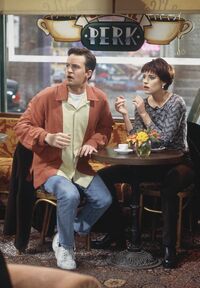 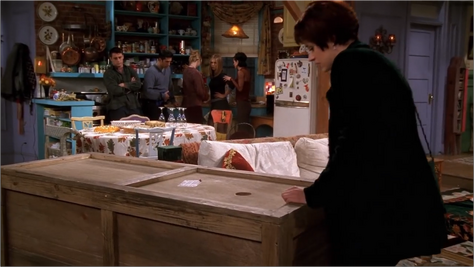 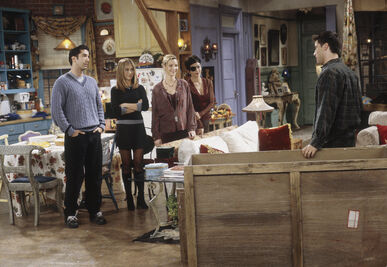 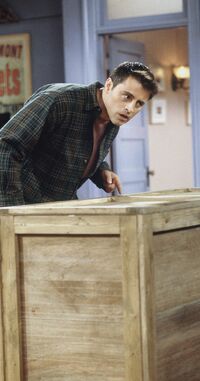 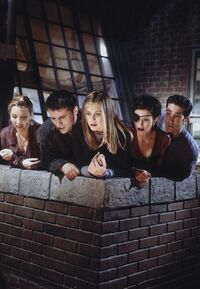 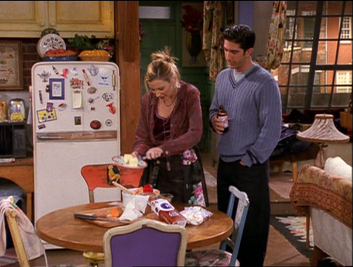 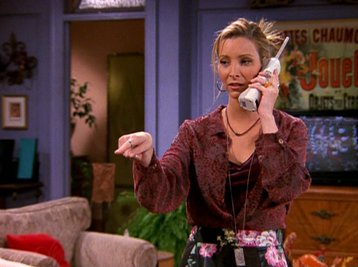 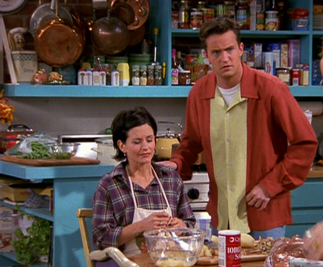 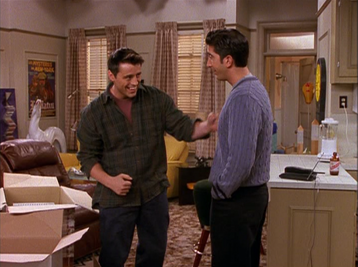 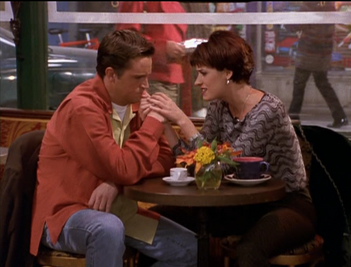