Friends Central
Register
Don't have an account?
Sign In
Advertisement
in: Friends Episodes, Episodes with Phoebe's name in the title, Season 4,
and 3 more

The One With Phoebe's Uterus

"The One With Phoebe's Uterus" is the eleventh episode of the fourth season of Friends, which aired on NBC January 8, 1998.

Phoebe's brother, Frank marries Alice and they give Phoebe the good news they have. Reveling with joy, Phoebe asks them if there's anything she can give them as a present, which they answer promptly - as the two are unable to conceive, they ask Phoebe if she could be their baby's surrogate mother. Confused what to do, Phoebe seeks her birth mother for advice, who gives her a pug puppy to keep for three days. She explains to her how she would feel when she has to give the puppy up, which would be nothing compared to giving up a baby. When Frank and Alice see the puppy, Phoebe gives it to them (albeit it being her mother's), and seeing the looks of glee and joy on their faces, she decides to carry their baby for them.

Joey gets a job as a tour guide at Ross' museum. Things are going well until lunchtime, when Joey asks Ross to sit next to him in the cafeteria. Ross, however, blows him off to sit with his professor colleagues. Joey talks about this to Rhonda, a fellow tour guide, who remarks how people from different departments don't sit next to each other. Joey is hurt by this, and nothing Ross says to him can make him feel better about it, until Ross refuses to sit with his colleagues to sit with Joey the next day at lunch.

Things are going really well for Kathy and Chandler. Just one thing's missing - the two haven't had sex yet. Chandler is put off by the fact that Kathy's ex was Joey and since Kathy's sexual performance standards are pretty high because of this, he's afraid he won't be able to reach them. He talks to Monica and Rachel about this, and Monica decides to help him out by drawing a picture of a woman and telling Chandler all about the various erogenous zones on a woman's body and techniques which women find extraordinary. He takes her advice the next time he sees Kathy, who rushes in the apartment at the end of the episode to thank Monica for the great tips she's given Chandler. 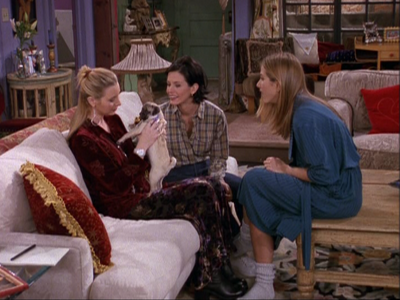 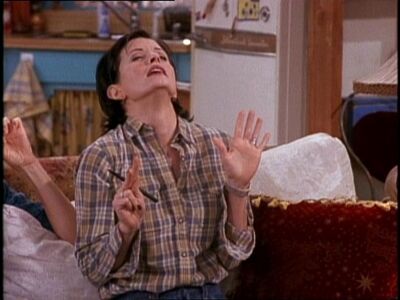 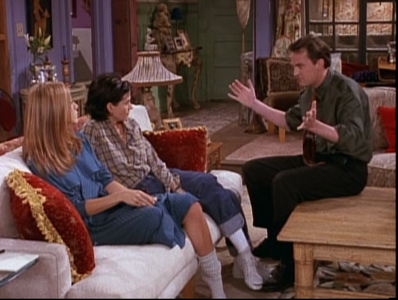 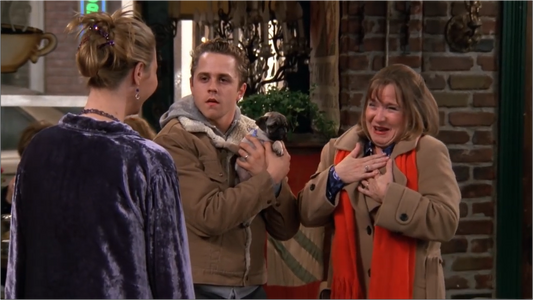 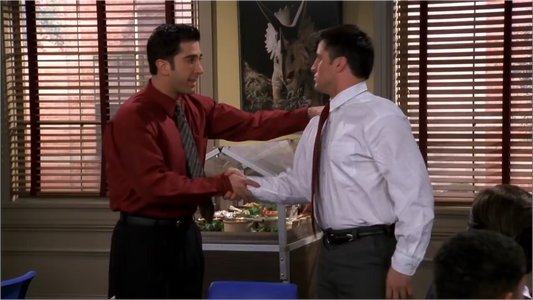 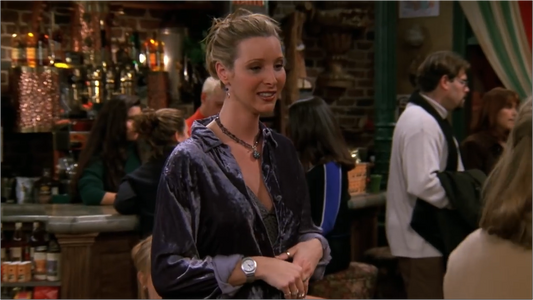 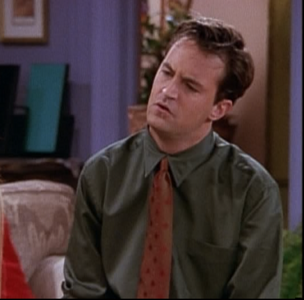