Friends Central
Register
Don't have an account?
Sign In
Advertisement
in: Friends Episodes, Episodes with Rachel's name in the title, Friends,
and 4 more

"The One With Rachel's Crush" is the thirteenth episode of the fourth season of Friends, which aired on January 29, 1998.

Bloomingdale's closes down Rachel's department, and she herself is demoted to being a personal shopper for big-spending clients, which she initially finds disgusting and is ready to quit. However, when she meets new client Joshua Burgin, a freshly divorced cute guy who needs to buy an entire wardrobe, she changes her mind about her job. The only problem for Rachel is that she wants to ask him out, which she has never done. Following advice from Phoebe does nothing for her, as she ends up asking him about an inexistent wallet she claims to have found at the store. When she takes heed from Joey and offers him a ticket to the Knicks game, she delivers yet another wrong message to him and Joshua ends up taking both tickets. When Rachel actually finds Joshua's wallet at the store, she takes his license and hers out and fantasizes a kiss with the cards.

Chandler is annoyed and worried by Kathy's role in a sexual play, in which she plays a prostitute. Following the night's acting, he suspects that she's cheating on him with Nick, her male co-star. Joey assures him that nothing's going on with her and her co-star because the heat they have on-stage is limited to the stage. Chandler, however, can't make his peace with this, and goes to another performance, after which he argues with Kathy about his suspicions. The fight is so brutal that the two don't speak for a while. After getting drunk, he realizes the error of his ways and goes over to her apartment to talk to her, only to find that she has, indeed, slept with Nick, after Chandler sees his pants. This is the second and last fight they have, as the two break up.

Still disappointed of losing her home to the guys, Monica is jealous of Chandler and Joey being the new hosts. Home-baked cookies aren't enough to win the competition with the guy-hosts, so she engages herself in some of the most obsessive cleaning and re-organizing, including a spin on the floor buffer and the installation of wooden floors at apartment 19. At long last, she wins the guys over, even though she's too exhausted to bask in the glory of her triumph. 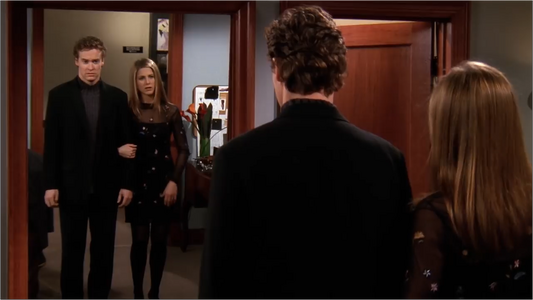 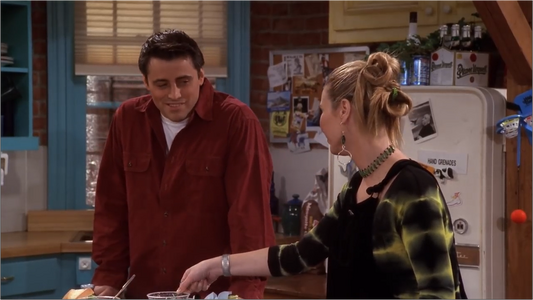