Friends Central
Register
Don't have an account?
Sign In
Advertisement
in: Friends Episodes, Season 5, Episodes with Ross' name in the title,
and 3 more

The One With The Inappropriate Sister

"The One With Ross' Sandwich" is the ninth episode of the fifth season of Friends, which aired on December 10, 1998.

With Joey being the only person who knows about their secret relationship, he finds himself forced to cover for Chandler and Monica. This leads to them doing numerous sexual acts in his apartment, leading him to become frustrated and demand that they calm their activities down when in the apartment and act normally if he is to have to do the same, which they agree to do. Later, Rachel finds Monica's razor in Chandler's bathroom and Phoebe finds Chandler's underwear on the couch in Monica's apartment. Joey is forced to bear the brunt of Rachel's disgust that he apparently undresses in her apartment, with Monica and Chandler successfully pleading with him to keep the secret. Later that night, Chandler and Monica are about to have sex and record it on a video camera in Chandler's apartment. However, Joey returns home with a date, who misunderstands and thinks Joey was going to film them having sex, and storms out in disgust. All of this is seen by Rachel. Joey is again forced to take the blame, making him look more and more like a disturbing pervert. Joey attempts to get Chandler and Monica to fess up, and they tentatively agree.

The next day, Joey finds a naked picture of Monica which Chandler left in the apartment. Initially aroused by the picture, Rachel catches him with it, and rapidly comes up with a narrative that Joey is a sexual predator who took the photo through a secret peephole, which she tells the rest of the group. Chandler and Monica again try to make Joey cover for them, but Joey instead gets his revenge by making up a story about him sleeping with Monica in London just like what happened with her and Chandler, and that Monica set up the camera and left the photo for him as she has been stalking him ever since, trying to get him back into bed; Monica is reluctantly forced to go along with it.

Phoebe is taking a literature class and Rachel agrees to come, but instead of reading the books, she asks Phoebe what they are about right before the class begins. This results in Rachel using Phoebe's exact answers for the book when called on, which makes the latter look foolish since now she can't use her own answers. The second time, Phoebe decides to make up a ridiculous story to tell Rachel, which she repeats in front of the entire class. When Rachel finds out that Phoebe never went to high school and actually wants to learn something instead of just having fun, they agree that Phoebe should take Monica, which turns out to be not such a good idea as she is way too fanatic and everybody hates her as she persuades the teacher to give them a test with essay questions.

Ross is starting to unravel in light of his impending divorce and recent eviction, and the straw that breaks the camel's back is when he takes his leftover Thanksgiving sandwich to work and someone eats it. As this was "the only good thing going on in my life", he gets really mad about it. Phoebe writes a threatening note for him that will scare people off. His coworkers start calling him 'mental' and Ross thinks that getting tough with people is a way to get what you want out of them. This however does not work with Joey, who just pushes him off the couch in Central Perk when he orders him to give him his coffee. This causes problems with his boss, who wants him to see a psychiatrist. Ross tries to explain to his boss, but then finds out he was the one who took the sandwich (and didn't even finish it, throwing the leftover away) Ross screams at him so loud it can be heard outside, scaring a group of pigeons. This results in Ross having to take a sabbatical, and though he is upset at this, he takes solace in knowing that he is no longer upset about the sandwich. 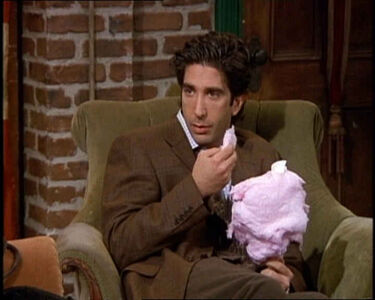 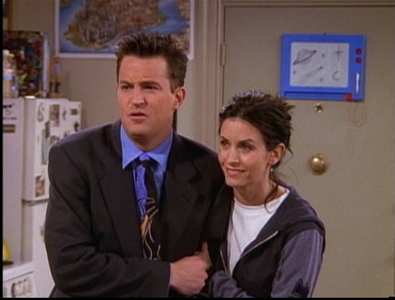 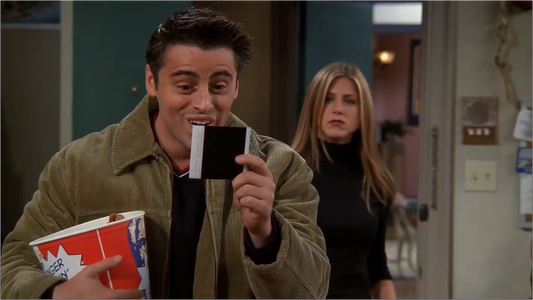 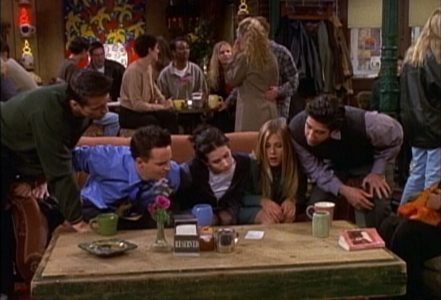 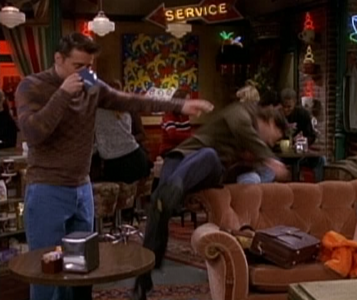 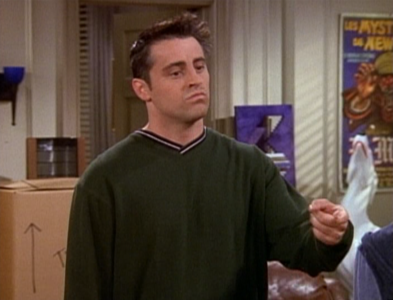