The One With The Late Thanksgiving

"The One With The Birth Mother" is the ninth episode of the tenth season of Friends, which aired on January 8, 2004. This episode was directed by actor David Schwimmer.

Joey tries to convince Phoebe to let him go out with her friend Sarah, but Phoebe refuses to set it up because she thinks he'll just sleep with her and never call her back and break her heart. With a little help from Rachel, Phoebe changes her mind and sets Sarah up with Joey, but he refuses to call her the next day. When Phoebe asks why, Joey explains how Sarah broke his golden commandment on their date - not to share food. Phoebe's shocked to say the least, but Rachel admits to her how this is who Joey is. Nonetheless, Phoebe makes Joey go out with Sarah again, making him order extra fries should the need arise. Joey does so, but Sarah really wants to dig in his seafood platter, making him drop his plate to the floor in the process. This makes him explain how "Joey doesn't share food", which she seems to understand. However, things change course when Joey wants to nibble at her chocolate torte. As he wouldn't share his food with her, she reciprocates, and warns him not to touch any of her dessert while she wanders off to take a call. When she arrives, her dessert is pretty much gone; Joey, with chocolate torte all over his face, is at peace with himself, and admits that he's "not even sorry!"

Ross wants fashion advice for his date, as he doesn't know what to wear. Rachel, who works in fashion, buys some stuff for him at a fashion store, but has one of her bags taken by Ross. Confident that Rachel has picked out some top-of-the-line stuff for him, he puts on some of her stuff, including a shocking pink sweater. Just as Ross is taking his date's coat off, he sees that she's wearing exactly the same sweater. The two don't even make it to dinner. Joey and Ross end up back at square one at Central Perk, agreeing they could do worse. However, Joey flips out when Ross unknowingly tries to eat his muffin.

Monica and Chandler go to Cincinnati, Ohio to meet the birth mother, Erica. The two try not to get their hopes up, but they're very excited that they're so close to being parents. Erica admits how she's intimidated by the couple - only the couple she's intimidated of is Reverend Monica and Dr. Chandler. Monica plays along with their fake identities, but Chandler thinks otherwise. He points this out to her, and that with the woman giving them her baby, the least thing they should do is tell the truth about their careers. The two admit the mistake in their record, to which Erica immediately refuses to give them her baby. Chandler talks privately to Erica, admitting everything the record didn't show about them: he feels regret for not being able to give Monica the child she's always wanted, and he wants to be a good father knowing that Monica is already a good mother even without a baby of her own. A few minutes later, he returns to Monica with some news - he has managed to convince Erica - and she's now willing to give them a second chance. 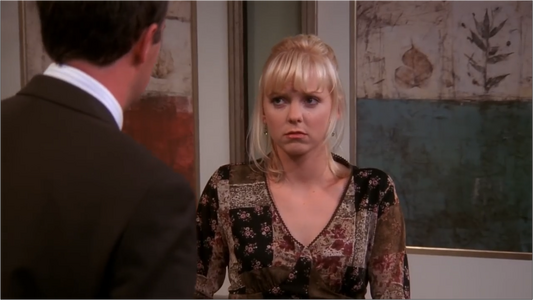 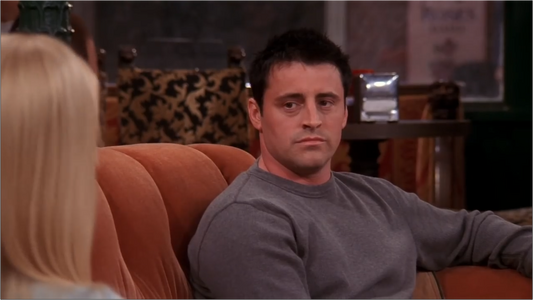 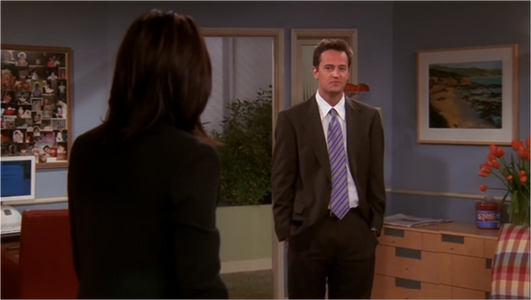