The One With The Blind Dates

The One With The Blind Dates

The One Where Monica Sings

The One With The Mugging

"The One With The Blind Dates" is the fourteenth episode of season nine of Friends. It aired on February 6, 2003.

Joey and Phoebe want Ross and Rachel to get back together, so when they ask them to set them up on blind dates, they take advantage of this and decide to set them up on terrible dates so they'll see how perfect they are for each other. Phoebe sets Rachel up with a drug addict, Steve (who previously appeared in The One With The Stoned Guy as a restaurant owner offering Monica a spot) and Joey sets Ross up with a history teacher. Realizing it's his perfect match, he tells the woman that the date is off, leaving Ross to be stood up. Rachel's date with Steve is a disaster when he starts insulting himself and starts to cry. Meanwhile, the waiters at the restaurant where Ross got stood up at have a pool going to see how long it takes for Ross to give up and leave, Ross finds out when a waiter offers him free crab cakes in a bid to get him to stay longer. Ross and Rachel meet up at the coffeehouse and realize Joey and Phoebe's plan and chase after them.

Chandler and Monica babysit Emma and Monica is ovulating but they can't have sex because of Emma. When Emma finally falls asleep they go in the bedroom to have sex. Joey stops by and, realizing this, takes Emma away. Joey then tells them he won't tell Rachel if they name their first born child Joey, to continue 'his family name'.

The ending shows Ross and Joey at the restaurant trying to get free crab cakes pretending to be stood up. However, the waiter informs them that they're instead betting on to see how long it will take Steve to cry which he quickly does. 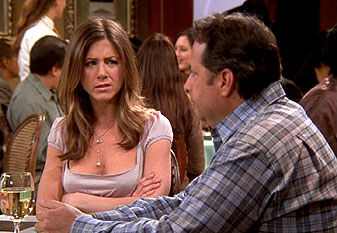 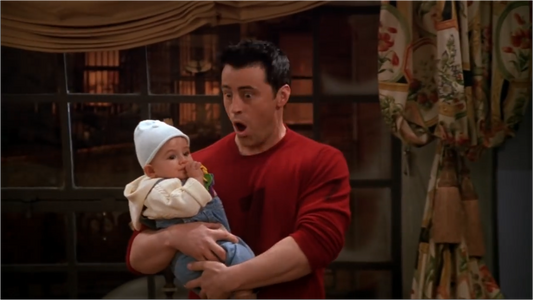