The One With The Boob Job

View source
watch 02:24
Wiki Targeted (Entertainment)
Do you like this video?
Play Sound

"The One With The Boob Job" is the sixteenth episode of season nine of Friends. It aired on February 20, 2003.

Monica and Chandler are having money struggles, with Chandler still on his unpaid internship. Monica suggests they borrow money from someone, but Chandler is too proud to beg. Monica asks Joey herself for $2,000 and tells him not to tell Chandler, to which he agrees. Later, Chandler asks Joey himself for $2,000 and not to tell Monica. In an attempt keep Monica's secret, Joey agrees, but Chandler sees that Joey has already given money to Monica so Joey makes up that Monica is getting a boob job. Chandler starts freaking out and tells Monica that he loves her body the way it is, but Monica thinks he's freaking about her trying to get pregnant instead. After a lot of confusion, the truth comes out and the couple angrily confront Joey, who maintains his lie and even complains about being out $4,000 all for no one to get a boob job.

Phoebe asks Mike to move in with her, but decides not to when she and Mike argue about their future after Mike reveals that he doesn't want to get married again, a conversation with Ross helping Phoebe realize that she wants the commitment of a marriage. This causes Phoebe and Mike to end their relationship, as well.

Rachel attempts to baby-proof the apartment but eventually gives up and calls in a handyman. This makes Joey go insane when he can't open anything being unable to bypass the baby locks. Joey eventually gets the refrigerator open, but takes out as much food as he can at once so he doesn't have to open the fridge again. 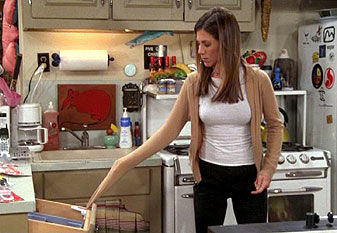 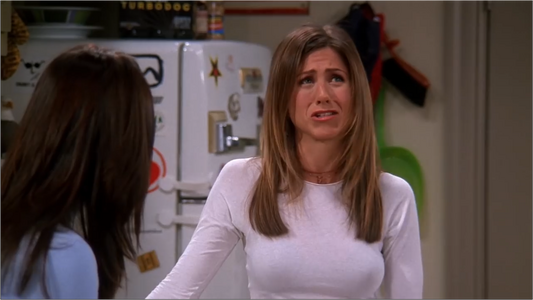