The One With The Fake Party

The One With Rachel's New Dress

At her gynecologist, Phoebe is left speechless when the sonogram reveals three distinct heartbeats, especially after having learned of the low chances of success of surrogacy (in The One With The Embryos). When she tells Frank Jr. and Alice, she accidentally lets slip out how she thinks raising triplets is financially challenging. Because of this, Frank Jr. almost quits (refrigerator) college and Alice plans her babies' clothes by having her students knit them for her. Phoebe tries to help out by researching methods of financial income, but with no success. She finally comes up with an on-the-go massage service: Relaxi-Taxi/RelaxiCab, where Frank drives anyone to their destination on his out-of-college schedule while Phoebe provides massaging and relaxation for the customers.

Emily's two weeks in America are over, and she has to go back to England. Ross is sad about this, but Monica talks him into following her to the airport and confess his love for her. When he does, Emily is so amazed by this that she can only react by saying "Thank you!" in reply. Ross keeps taking Monica's advice, which doesn't seem very good, as he ends up alone in cold, rainy London, in front of Emily's empty house. What Ross doesn't know is that Emily is in New York, and when she calls to leave her message in the hope of him listening to it, he calls her to clarify things. She tells him that she loves him too, to which Ross replies: "Thank you!".

Phoebe: The name was my favorite part.

Rachel: Well, I came up with it. 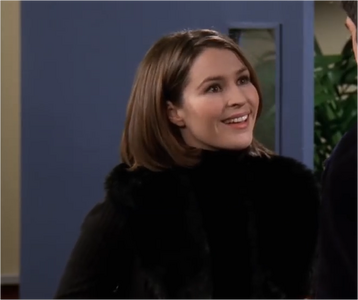 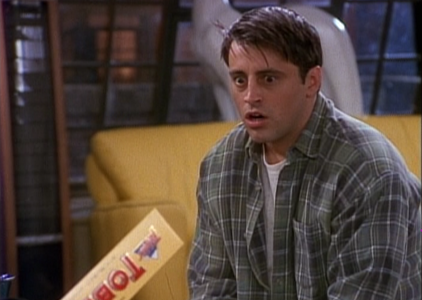 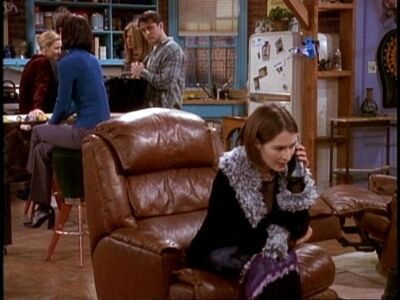 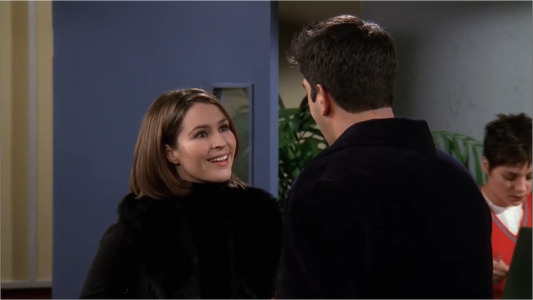