The One With The Halloween Party

The One With The Halloween Party

The One With Rachel's Date

The One With The Stain

"The One With The Halloween Party" is the sixth episode of the eighth season of Friends, which aired on November 1, 2001. Monica and Chandler are having a costume party for Halloween, which brings up all kinds of problems.

Monica and Chandler decide to host a costume party for Halloween. Monica buys Chandler a pink bunny costume and makes him wear it, which he doesn't like at all (she wanted to get him a brown and white bunny costume to dress as The Velveteen Rabbit, his favorite childhood book, but the pink bunny costume was all she could find). However, when Ross comes as "Spud-nik," his clever play on words combining the Russian satellite Sputnik and a potato, Chandler thinks that he doesn't have the worst costume anymore.

Phoebe bumps into Ursula, who is getting married in a week, so she invites her in return for Ursula's invitation to the wedding. Ursula brings her fiancé, Eric, to the party, where it turns out that Ursula has only met him two weeks ago. She has also been lying to him about virtually everything: she told him that she's a teacher, that they were both in Peace Corps, that she built houses in Uruguay and that she is a member of a church, none of which are true. When Phoebe can't stand Ursula's lying to Eric any longer, she tells him everything about her, leading to them breaking up.

Rachel is trying to be good with children by handing out candy to trick-or-treaters, but she fails already with the first one by boring them with a story about fashion. The second one doesn't go any better: when a girl says "I love you" to Rachel, she dumps all the candy in her bowl. She then starts giving out money, which she also runs out of pretty soon. For the next people she writes checks, but when Gunther brings candy again, the other kids also want to have money. When Rachel doesn't give money anymore, she ends up in a fight with a boy, ends up giving him 50 dollars to make him stop crying, and also has to pose as his girlfriend for several houses. On her return, she confesses to Joey that she isn't entirely cut out for motherhood yet.

Monica and Phoebe, dressed as Catwoman and Supergirl respectively, argue about who would win in a fight: Chandler or Ross. They think Ross, but Chandler wants to prove them that they're wrong. To settle this, Ross and Chandler have an arm-wrestling match that goes on forever, as they are, according to Joey, both "equally weak". When Mona is looking and talking to Joey, it's starting to look really bad for Ross, so he asks Chandler to let him win. Chandler agrees, but Monica doesn't believe him when he tells her. He challenges her to an arm-wrestling match to prove it, but struggles to keep up with her strength while doing so. 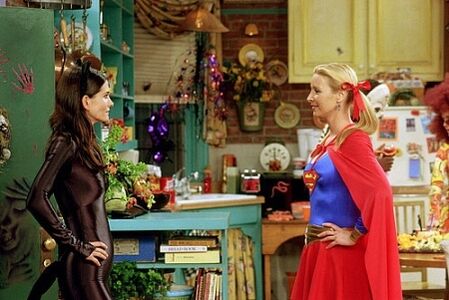 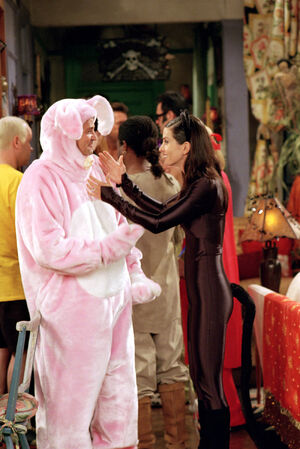 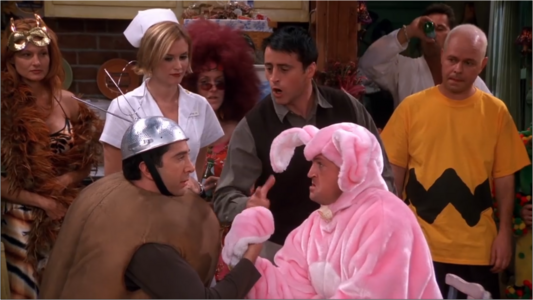 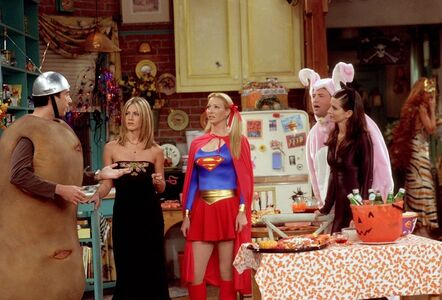 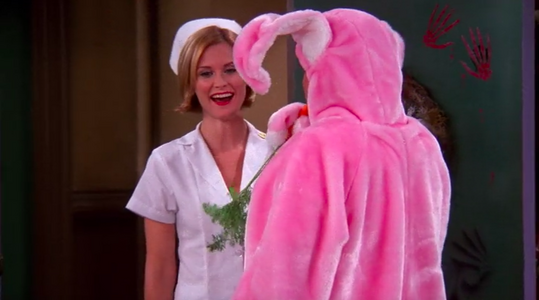 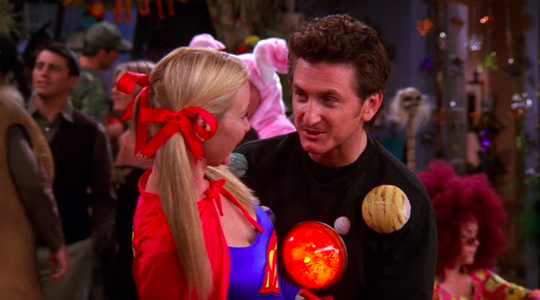 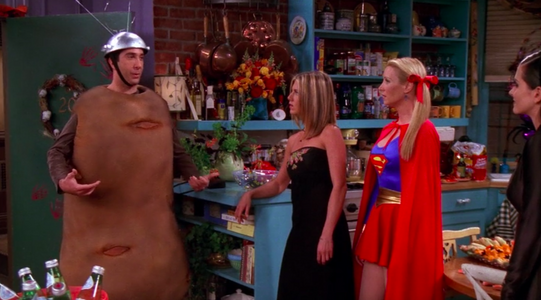 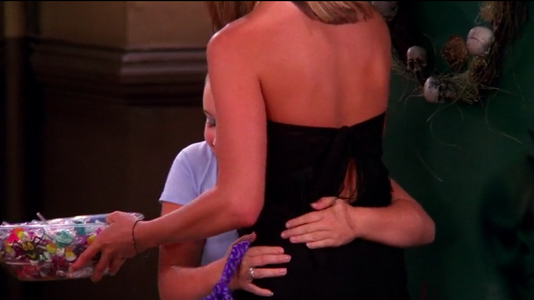 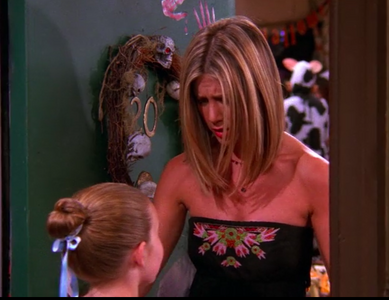