The One With The Joke

Ross has sent in a joke to Playboy magazine, which is printed in it. However Chandler claims it was his joke so he starts logging his jokes. While the girls go through the Playboy, Phoebe manages to insult Monica by saying she thinks Rachel is the better choice to go out with. Later Phoebe then further insults Monica by saying she's high-maintenance, and then calls Rachel a push-over. When Joey must explain to Gunther he can't pay his bill because he's broke, he gets a job at Central Perk as a waiter.

He tries in vain to keep his job a secret from the friends, who end up reassuring him and offering advice. Unable to settle the joke authorship, Chandler and Ross ask Monica to decide, each confident she's in his pocket, only to be told the joke is misogynistic and offensive, leading to both of them trying to blame one another instead of taking credit for it. Closing the café after Gunther refused him time off to do an audition, Joey is fired but one word from Rachel has him re-hired. 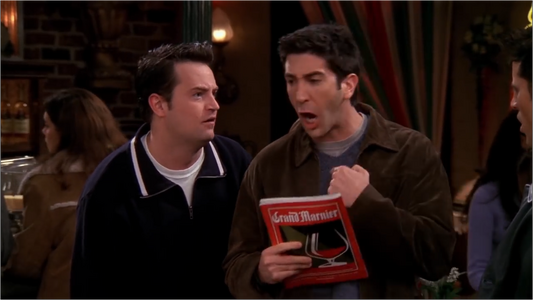 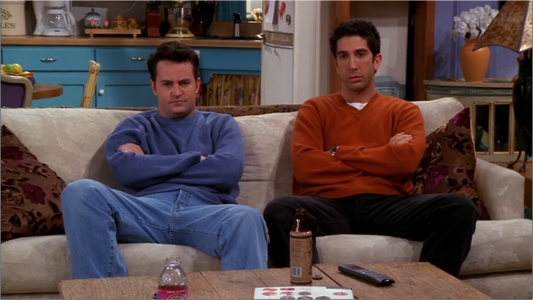