"The One With The Thumb" is the third episode of Friends. It premiered on October 6, 1994. It was written by Jeff Astrof & Mike Sikowitz and directed by James Burrows.

Phoebe comes back from an unsuccessful date, which prompts the gang to discuss dating euphemisms. Ross reveals that he did not know his parents hid the fact that his dog had passed away. Monica is reluctant to introduce her new boyfriend, Alan, to her friends because they have mocked all of her previous boyfriends, but to her surprise, after meeting Alan, they tell her that they love him. However, she later realizes that she does not feel a spark between Alan and herself. She asks her friends if they think that he can sometimes be a little "too Alan". The two break up, and Alan mentions that although he enjoyed being with Monica, he was irritated by the rest of her friends.

Joey has a part in a play where he has to smoke, and practices smoking with Chandler, who resumes his old smoking habit, much to the group's irritation. Phoebe becomes very agitated with her bank when they accidentally put an extra $500 in her bank account. Not able to use the money due to guilt, Phoebe informs the bank of this error. She receives a football phone for the inconvenience. However, instead of removing the $500 from her account, they add another $500 to it. She gives the money and the phone away to Lizzy, a homeless acquaintance on the street. Lizzy buys her a can of soda out of gratitude. When Phoebe opens it, she finds a human thumb, so she receives compensation from the soda company of $7,000. The episode ends with Phoebe giving the $7,000 to Chandler if he promises to never smoke again, which he agrees to.

Rachel: "I should really get back to work."
Phoebe: "Yeah. Otherwise, someone might get what they actually ordered."
Rachel: "Oh ho ho. The hair comes out and the gloves come off." 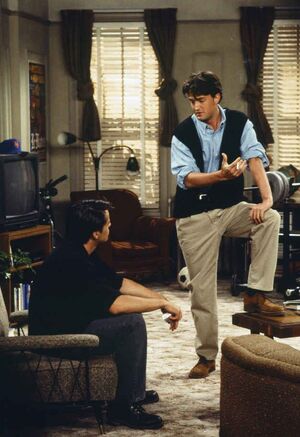 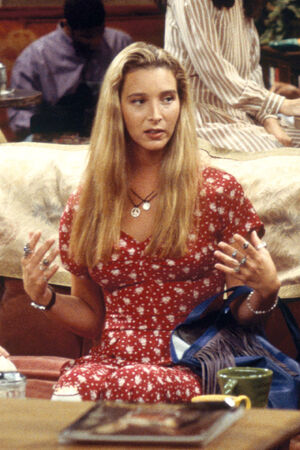 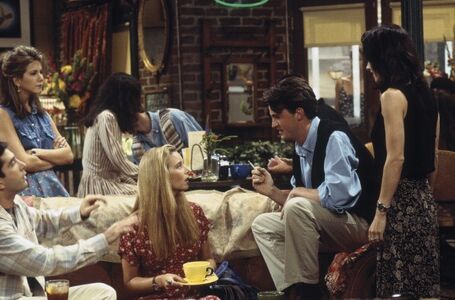 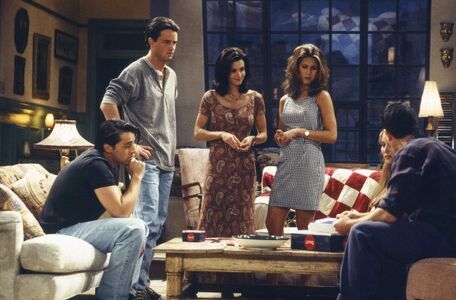 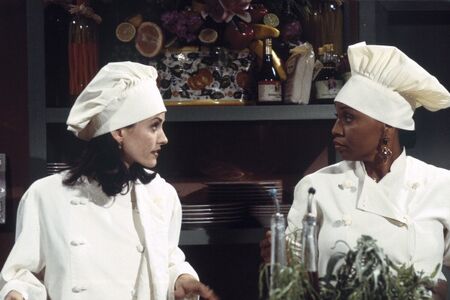