The One With The Videotape

The One With The Videotape

The One Where Rachel Tells...

The One With Rachel's Date

"The One With The Videotape" is the fourth episode of the eighth season of Friends, which aired on October 18, 2001.

The rest of the gang wants to hear the story of how Ross and Rachel hooked up. They begin to tell it but then it devolves into an argument over who came onto whom when they hooked up. Ross is determined to prove that it was Rachel, and accidentally reveals that he has the encounter on videotape. Rachel is disgusted and goes back to her and Joey's apartment and locks the door. Everyone else instantly thinks that he is a pervert until he explains that it was unintentional. Ross explains that on the day he and Rachel hooked up, he had a date but revealed to Joey that he hadn't had sex in six months. Joey confirms the story after forcing Ross to say the embarrassing statement. The scene then flips to a flashback from six weeks earlier. After hearing Ross' problem, Joey tells him about the "Europe story", a made up story which apparently makes anyone who hears it want to have sex with the person who is telling it. Ross tries it on his date, but she keeps interrupting him as he cannot hold her attention. Joey suggests that Ross videotape himself to see how he can improve. Ross does so and Rachel comes in, revealing she forgot to send Monica and Chandler's wedding invitations. Seeing Rachel, Ross goes over to help her forgetting that the camera is still on and thus recorded everything. Back in the present, the gang agree with Ross that the filming was unintentional, but all agree that they should see the tape, much to Ross' chagrin.

Meanwhile, Monica and Chandler had met another couple on their honeymoon, saying that they hit it off right away (because Chandler was so funny with his jokes and Monica had some great, insightful questions), but discover the number they had been given was not their actual number. Slightly put out by Monica and Chandler bragging about Greg and Jenny, the couple that they had met, Joey and Phoebe smugly say that they've been "fake numbered" and that the names of the couple were probably fake, too. As an example, Joey turns to Phoebe and says, "I'm Ken Adams", and Phoebe replies with "Regina Phalange", showing Monica and Chandler how easy it is to give out fake names. Monica accuses Chandler of telling too many jokes and Chandler says that Monica was too loud and incessantly asked questions.

Ross comes to the apartment to give Rachel the tape to destroy herself, assuring her that he didn't watch it. As Rachel sets the tape on the floor and is about to step on it, the rest of gang protest, wanting to watch the tape to solve the issue of who came onto whom (minus the two of them having sex). However, as Ross tells them that Rachel is going to destroy the tape, she surprises him by saying she wants to see it too, at least just to prove him wrong about their encounter. As they watch, Rachel gloats that they're about to see Ross come on to her by kissing her, but then they see that Rachel used the "Europe story" on Ross, proving that she was the one who initiated it. The gang calls her out on it and Rachel is shocked that they all know about the story. She says indignantly she heard the story from her work friend Irene, who heard it from "some guy". Joey says that he is the guy, and Rachel says that it was a guy named Ken Adams, and Joey says he is Ken Adams, much to the gang's amusement. Rachel is humiliated.

Later in Rachel's apartment, Ross talks to her and admits that if Rachel hadn't come on to him, he probably would've come on to her. They reminisce on the night, and wonder if it looked amazing, as neither of them have watched the rest of the tape yet. They privately watch the tape, complimenting Rachel's tan and Ross' working out. They enjoy it until the tape begins to get ugly, and they stop watching it at this point.

At the end of the episode, Monica and Chandler find Greg and Jenny's real number, and are told that Jenny accidentally gave them their old number. Monica asks to see them four times, and Greg declines her offer every time. Monica is furious and responds with, "We are good, interesting, funny people with good questions!" She and Chandler are then delighted when Greg asks to meet up on January 15th. 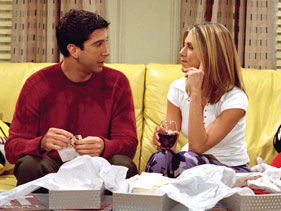 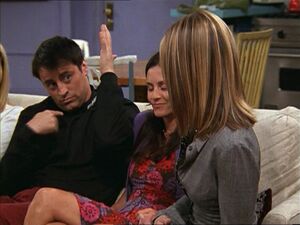 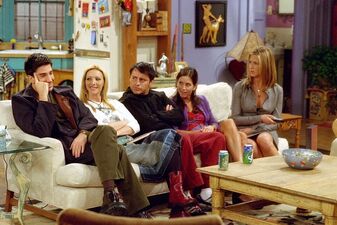 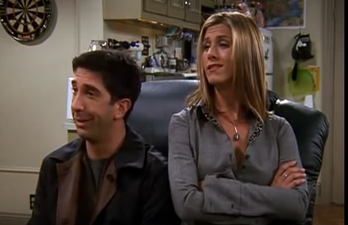 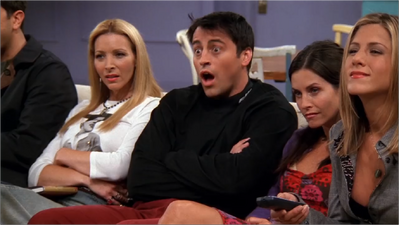 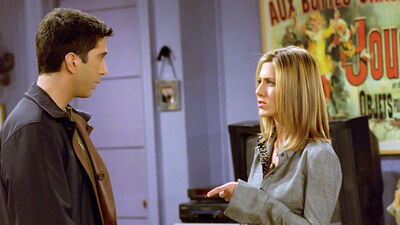 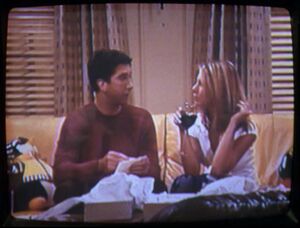